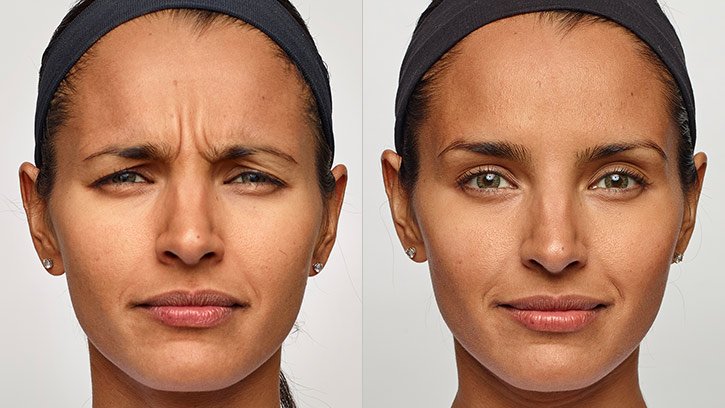 Dysport is an FDA-approved injectable treatment that smoothes the lines and wrinkles that commonly occur when facial muscles contract. It is a type of botulinum type A and similar to Botox but contains a smaller molecule so the unit measurement is different. Moderate to severe frown lines between the eyebrows are temporarily diminished with Scottsdale Dysport injections. Treatment is focused, so untreated facial muscles continue to work normally. After treatment, you can still smile, frown and make facial expressions in a relaxed and confident. 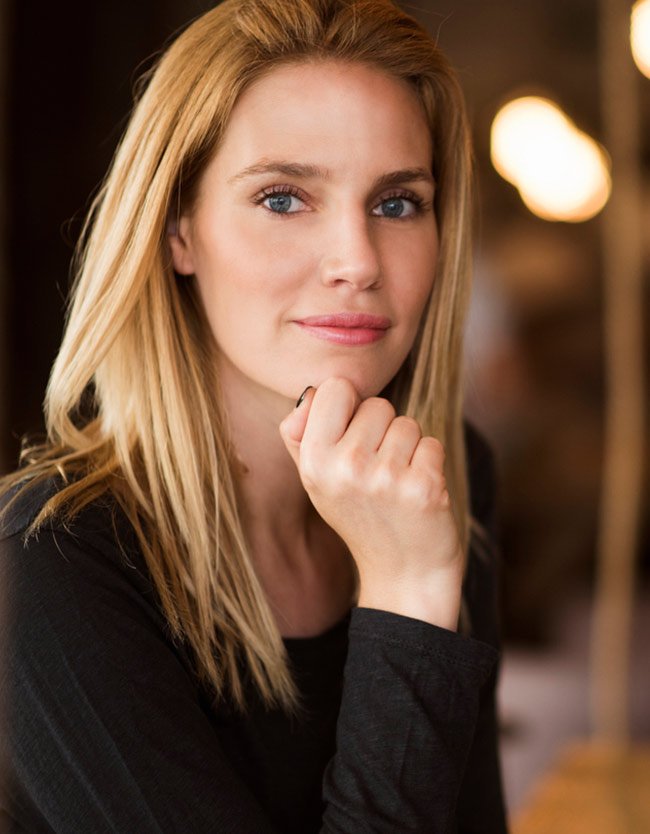 Who is Dysport for?

Dysport is often an excellent choice for women and men under the age of 65 who are searching for a safe and effective way to decrease tiny lines and wrinkles between the brow line. It is FDA approved and used across Europe, non-surgical and easily administered in the comfort of our Scottsdale medical aesthetics facility on an outpatient basis.

Most clients are good candidates for Dysport treatments in Scottsdale, however, those with allergies to milk proteins, Dysport or botulinum toxin products are often advised to avoid treatments. We suggest that any skin infections at the injection site clear before treatments begin and also may exclude clients who have had a surgical change to their face, deep facial scars, thick, oily skin or drooping eyelids. Please discuss these and any other medical concerns with Dr. Sonders or one of our team members at your consultation.

What Should I Expect after Dysport?

Dysport Scottsdale treatments offer quick results, usually as soon as three to four days after treatment. Many patients continue to note improvements with the full impact continuing for about four months. Post-procedure, avoid lying down flat on your face and any massages for about four hours. It is also important to keep any exercise to very moderate levels in the first hours after treatment. Smile, squint or raise your eyebrows to facilitate Dysport absorption. Slight redness, bruising or even headaches are possible after treatment. They usually subside within 24-hours. Rebecca Embry will check in on you in the days after treatment.

What Does a Dysport Treatment Consist of?

Dysport treatments are quick, convenient and non-invasive. To enhance effectiveness and minimize any potential side effects, discontinue non-steroidal anti-inflammatory medications two weeks before treatment. Consult with your doctor before discontinuing any prescription medications. This reduces the likelihood of any bruising or bleeding.
Expect to spend about an hour in the Adam and Eve Medical Aesthetics facility in Scottsdale for your initial treatment. This provides ample time for any paperwork and to address final questions or concerns so you feel comfortable and confident. The procedure itself only takes about 15 minutes.
Discomfort is minimal but may include a slight burning sensation at the injection site. This is often minimized or eliminated with the use of a topical anesthetic. The target area is cleaned, and then Dr. Sonders or one of our physicians will ask you to smile or look surprised. This helps to activate the muscles that are being injected. The spots surrounding your brow are then marked with a washable pen, and the injections are completed. 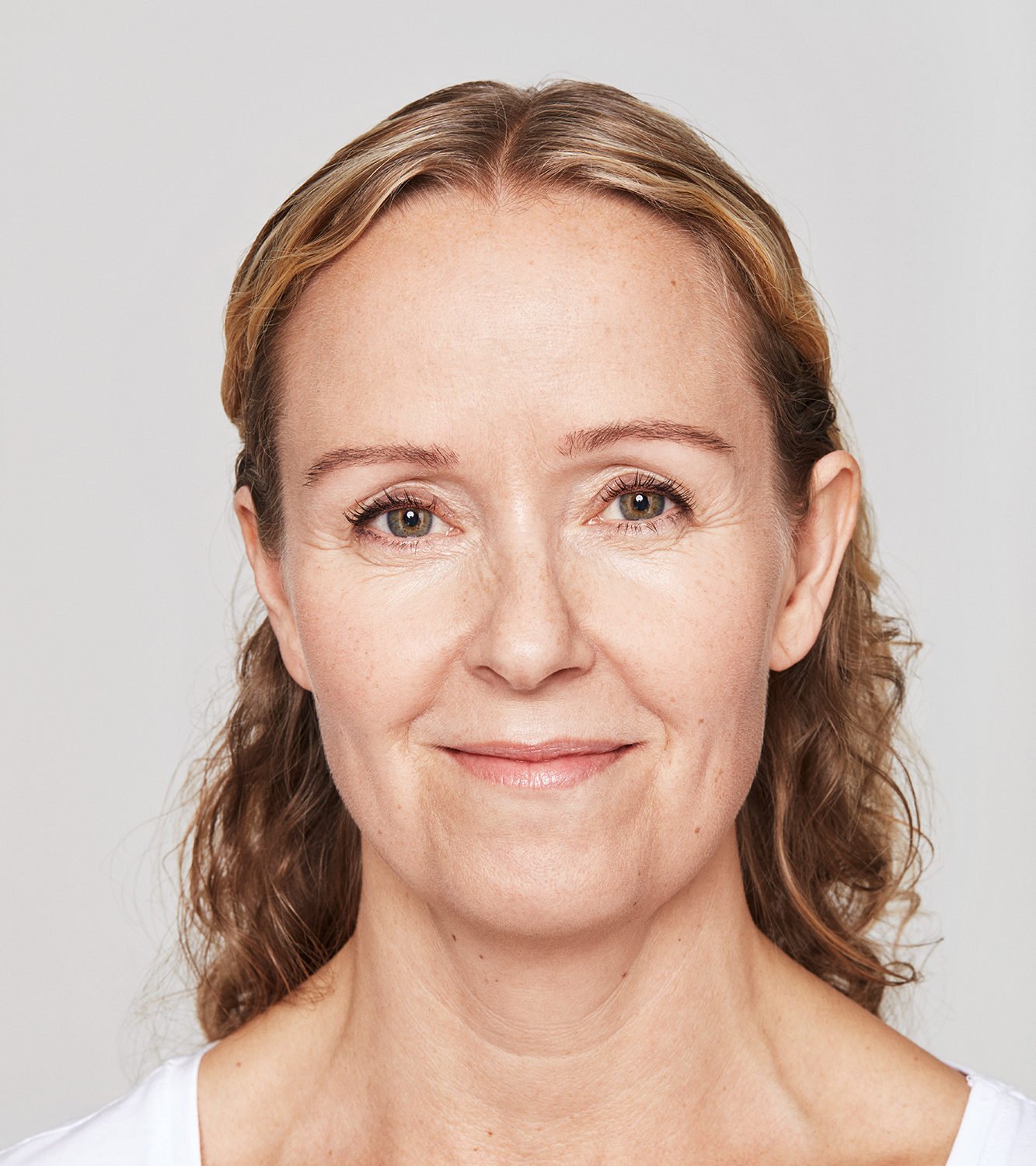 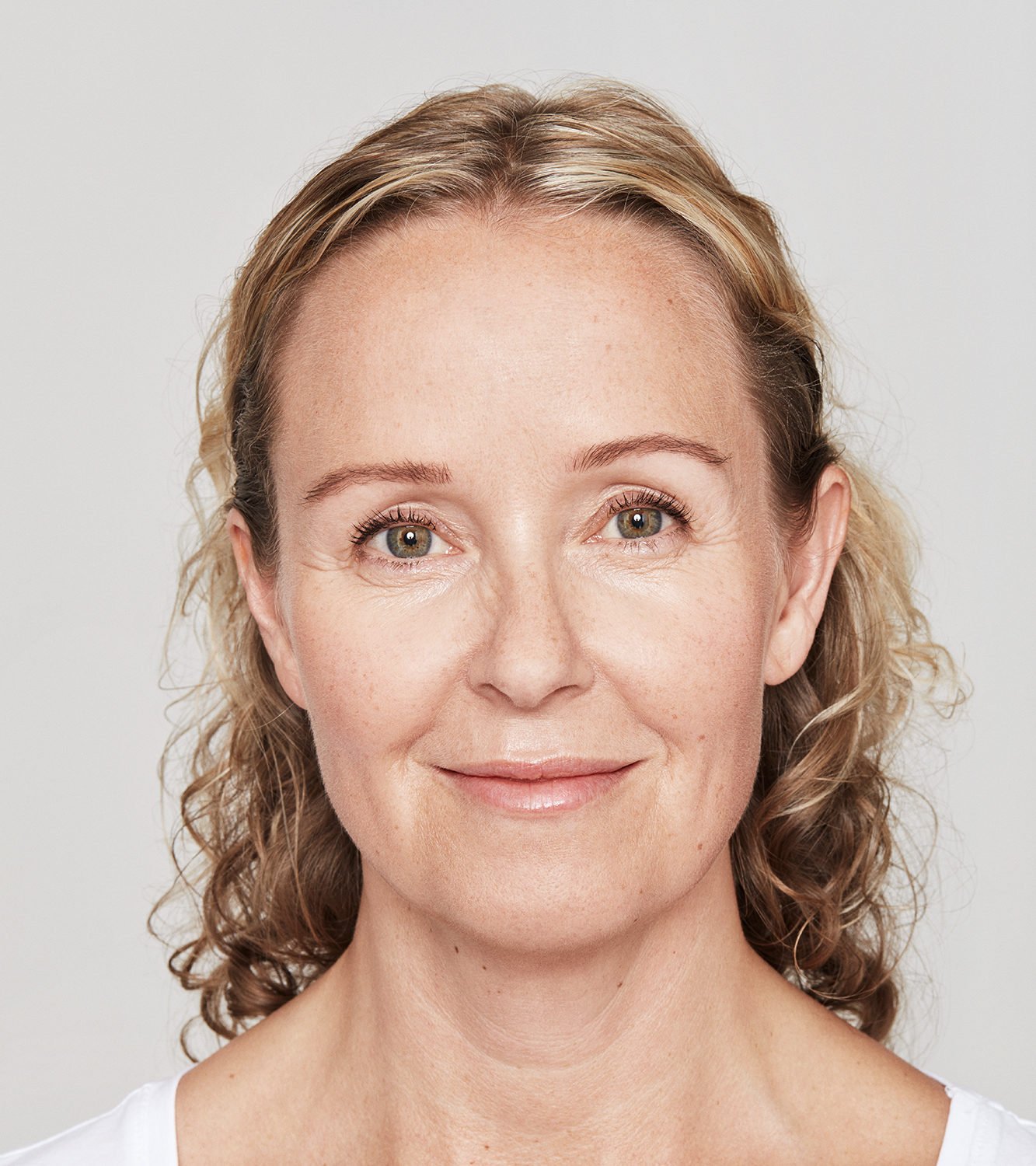 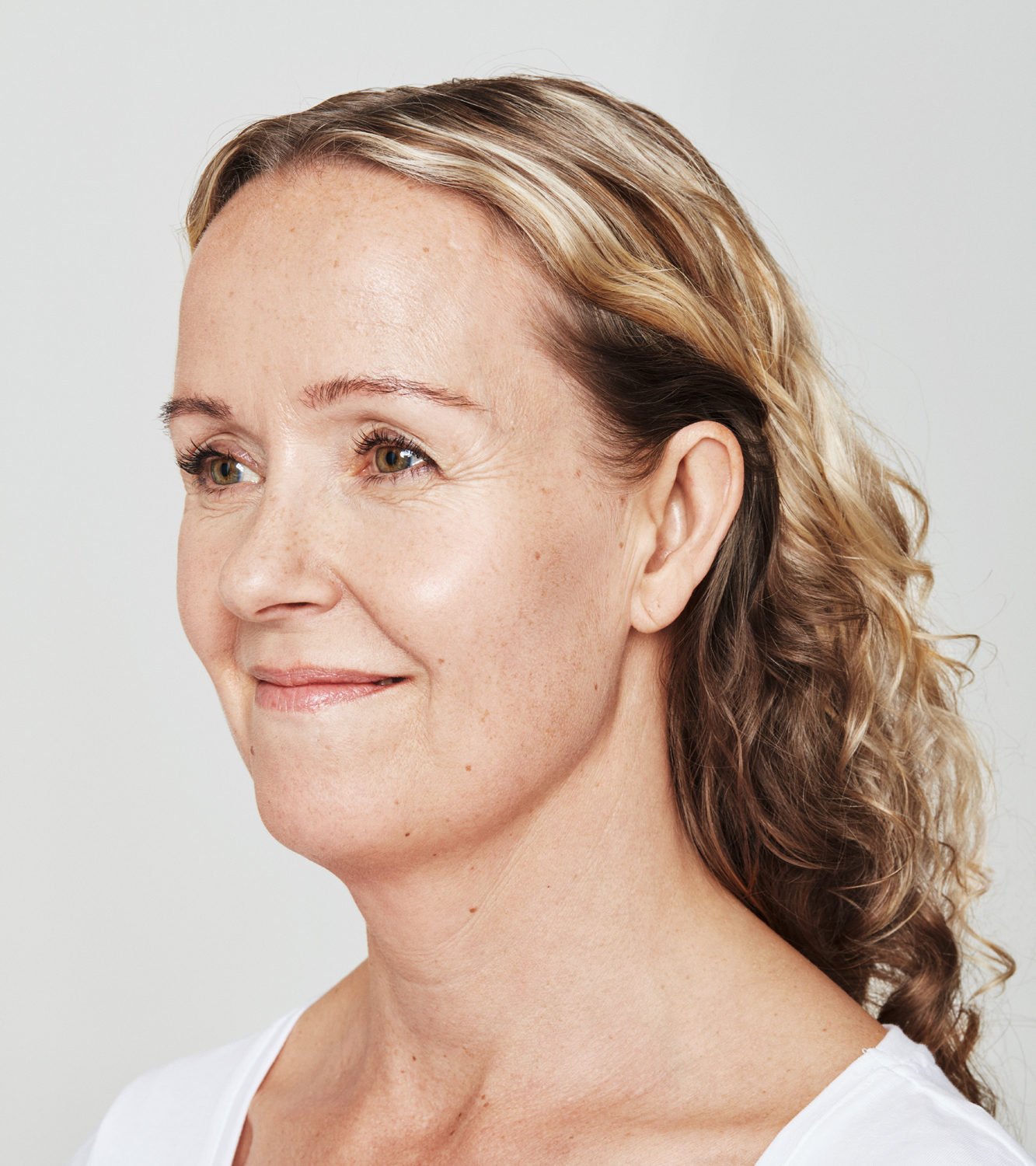 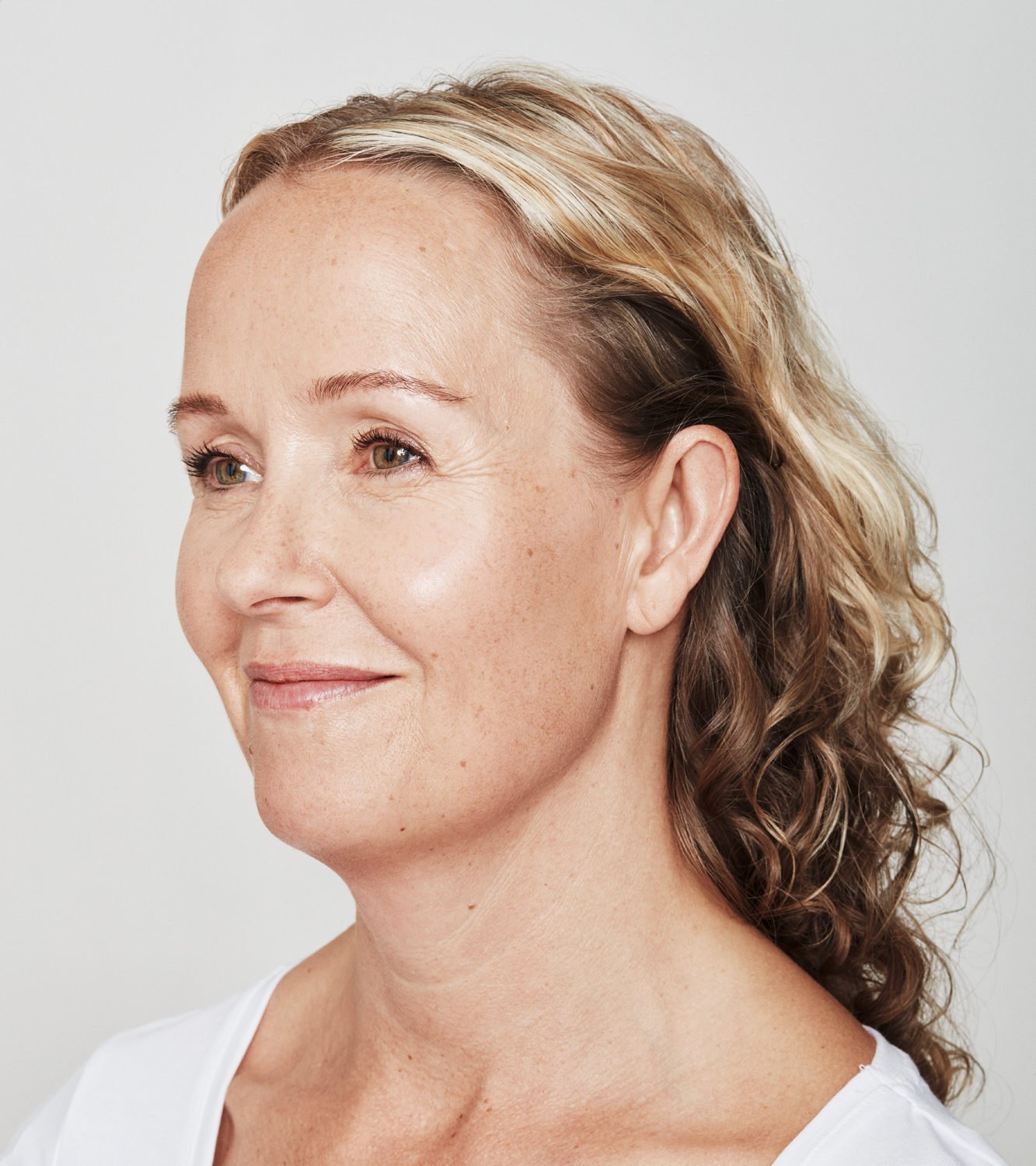 Adam & Eve Medical Aesthetics is a preferred provider of Dysport injectable treatments in Scottsdale. Dr. Sonders takes great pride in creating and maintaining a professional team that ranks among the top one percent of medical aesthetics providers in the United States. Our strong commitment to innovation and client satisfaction are the primary reasons for this ranking. Our physicians value knowledge and regularly participate in continued education training to remain aware of advancements and new procedures in medical aesthetics. The services we offer to complement and enhance natural beauty and help our clients to look and feel their best. Since 2012, we have earned the esteemed recognition of Allergan Diamond Status. This achievement is the result of our commitment to innovation, excellence and uncompromised patient care standards.

Get Dysport® in Scottsdale, AZ

Appear relaxed, confident and youthful with safe and effective Dysport injections in Scottsdale. Contact us online at Adam and Eve Medical Aesthetics serving the Greater Phoenix Area to schedule your consultation or call us at (480) 575-6584 today. How Is Dysport Different From Botox?

Although they work in similar ways, there are a few notable differences between them. Due to the smaller molecules and different formulas, the dosages differ. The effects of Dysport can usually be seen more quickly. Dysport and Botox are both forms of botulinum toxin and used to relax muscles.

Biologically and chemically they are similar, but Dysport has greater variability in size and molecular weight. Dysport is more diluted. As a result of these differences, it spreads out further than Botox after injection. This can be an advantage when treating larger areas such as the forehead or for areas with thinner muscles like crow’s feet. Is it best to determine which neuromodulator works best for you, because each individual will metabolize Dysport and Botox differently. An experienced professional can help you determine which will best address your concerns.

How Long Does Dysport Last?
Typically, the effects of Dysport last three to four months. For some individuals, the effects last as long as six months. Some people experience better results after repeated treatment sessions since it becomes easier for the treated facial muscles to relax once they have been through the procedure before. Dysport treatments can be repeated when the initial results begin to wear off.
What should I expect?

Dysport works quickly, often in as little as two days. Depending on the injection site, you can expect to see softer frown lines, less noticeable brow furrows or a significantly reduced appearance of crow’s feet.

How Long Does It Take Dysport to Work?

Similar to getting Botox, Dysport injections do not show the full effect immediately upon treatment. However, most of the Dysport results will be evident within the first two to three days, making it a quick limiting muscle activity around the injection sites.

How Much Dysport Do I Need?

The amount of Dysport needed varies depending on the treatment site and history of injection history. The formula’s molecule is smaller, so the unit measurement is different from when you receive Botox.

Where Can You Use Dysport?
Although most patients use Dysport to correct the signs of aging in the face, it can also reduce wrinkles in the neck and sometimes be used for excessive sweating. The most common sites are between the eyebrows, the forehead, the eyes, and expression lines around the mouth.
Is Dysport Safe?
Yes, Dysport is FDA-approved and safe to use as long as a qualified technician provides it. If you have any allergies or medical conditions, always speak with your physician before proceeding with any treatments.
Does Dysport Hurt?
Dysport is non-invasive and causes minimal pain. If you want to avoid any needle discomfort, your practitioner can use a topical numbing before proceeding. Dysport does not require downtime after the procedure.